I would like to speak to the essence of what can be found as the leitmotif of all scriptures, in the form of a dialogue. All of the Tantric scriptures are based on a dialogue between Shiva and Parvati—or Shiva and Shakti. Parvati is another name for Shakti. So who and what do these two characters represent, Shiva and Shakti? We use these terms regularly—Shiva and Shakti. This is a cornerstone of the Tantric teaching, without which it would be very difficult to fully understand the true dynamics of this relationship. So therefore, let’s speak a little bit about it.

So all Life—all creation, all existence—is an expression of that which is immanent and beyond any qualities. And that’s what Shiva stands for: it’s the omniscient, omnipresent, omnipotent category. It’s often spoken of as Silence or Pure Silence, Awareness, Absolute, Totality. All these terms are the attributes of Shiva. So Shiva is not a demigod of the Hindu trinity, but Shiva is what transcends everything. It’s the beyond of the beyond of the beyond. And there is a power inherent in Shiva. There is this Power of being Aware, and that Power is represented and exemplified by Shakti—Shakti literally translated as Power.

So there are five aspects of Shiva, five faces sometimes spoken of: infinite power to create, infinite power to sustain, infinite power to dissolve, infinite power to conceal itself in the creation, and the infinite power of Grace—the Self-revealing power. And all these powers are carried by the respective qualities of Shakti, as the power spreads into the respective domains, into respective categories to carry this. And what is it they carry? They carry infinite Will, infinite Knowledge, and infinite Action—or infinite ability to perform any action.  And yet, Shiva IS Shakti and Shakti IS Shiva. As far as the nondual, monistic perspective of the given tradition, Awareness here does not stand in opposition to the Power of Self-Awareness, but is always One and the Same. There is no way to separate Shiva and Shakti, even while one can be perplexed by the endless ways that that dyadic relationship plays itself out through myriad forms and phenomena. Everything that is, was, and ever will be, is a result of that interplay between the Silence, exemplified by Shiva, and dynamism, exemplified by Shakti.

So if one wishes to reduce it to the categories of the dialectical discourse, then Shiva stands for the static power and the Shakti stands for the power of dynamism. Shiva is One without a second, Awareness, which is all there is; there’s nothing else, nothing other than Shiva. Nothing exists that is not Shiva. And Shakti is the power to be Aware of all that. Shakti is also spoken of as the field of Pure Potentialities. It’s the infinite field of Pure Potentialities. The plenitude of Shiva is reflected in the plentitude of Shakti. Everything is contained—all possibilities are contained—in the field of Shakti. 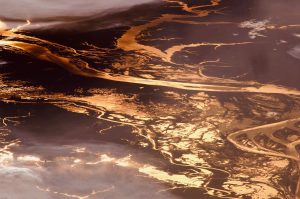 This whole creation, this whole existence, is the shimmering ocean of sound, where Shiva hums His own Name to Himself. And that humming is the field of Shakti at the Heart of all experiences. It is closer than the breath and the heartbeat. It is more intimate than anything that can be experienced. When that union of Shiva and Shakti is experienced directly in the heart, love is the expression of everything that we are and what we do. Because that’s what this relationship exemplifies. It’s the relationship that oozes with universal love and bliss—the bliss of your own Self. There is nothing other than Shiva and Shakti.

There’s no form, no name, that is not a reflection of that relationship. Everything is imbued by that energy released from that loving relationship. It’s the relationship of the self with the Self, at the level of the Self. And it is our true essence which shines forth in all circumstances, through all levels of Consciousness. This is who we are beyond any form or phenomena; and this is truth worthy of contemplating and making one’s own.

Shiva is of the quality of Light, because Light comes out of Shiva. Therefore, it has the name of Prakasha, Luminous One. Shakti is the reflective power that throws that light back onto Shiva, and is known therefore as Vimarsha. Virmarsha is that Power to reflect Luminosity back onto Itself. This is the primal quality of Shakti. We could say that the whole entire existence is a reflection of Shiva’s glory through the power of Shakti. Everything that we behold, through any aperture, through any sense perception, is that power of Shakti reflecting Shiva’s glory back onto the Self.  Two in One, One in two. There is no duality and there is no unity, either. All these are but categories of the language. Two but One, One but two. Two in One. Everything, therefore, reflects that, if only we look closely enough. Om Namah Shivaya. 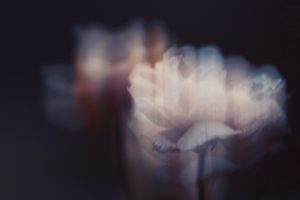 Therefore, there is no beginning nor end, there’s no creation. There’s nothing we can call start, intermediate, or conclusion—all these are yet more categories within the language. Everything, forever, is this relationship. Everything that comes and goes, or seems to appear or to assume any form, is nothing other than the expressive potentiality represented by the aforementioned powers to create, to sustain, to dissolve, to conceal its own nature, and to reveal its own nature to itself. And this is the essence of who we are. The essence of any process, the essence of any stage, or phase. There’s nothing other than that.

There’s nothing other than the Self shining forth, which illumines everything, and in doing so, falls back onto itself, for the sake of its own entertainment. Know that and be free. Realize that and be free. Enjoy it. All this is for the sake of a playful sport of my own Self. Let this so-called secret supreme safely rest in your Heart, as wisdom of your own. There’s nothing more profound than that. Everything is just a play at the surface level of existence.

For more information about upcoming events with Igor in 2020: http://www.igorkufayev/events

All other images: Courtesy of Flowing Wakefulness