Nameless Symphony, or How to Describe This Work to Others
Prev Next
Search

Nameless Symphony, or How to Describe This Work to Others

“It is the best possible sign of a color when nobody who sees it knows what to call it,” wrote John Ruskin – an immensely influential art critic, prominent thinker and philanthropist of the Victorian Era in England – which seems to be a fitting opening to an attempt at describing this work to those who haven’t had the chance to experience it for themselves. The difficulty is precisely in not being able to find the right words when it comes to the richness of what this work gradually becomes known for in spiritual circles. When responding to the question, ”Which flavor does the Advaita teaching take on through your form, and the way you teach?”, posed to all six presenters of this year’s Advaita Congress in Vienna, Igor had this to say:

“If we are to speak of its flavor, this teaching is to taste here and now, as it is, for what it is, as that minute encounter we have with ourselves and the world through a refined veil of perception. From the scent of earth to the sound of crickets, from the full range of our emotional register and the mind-bending tapestry of our thought patterns, to meditative absorptions, to the certainty and uncertainty of it all, with each breath and a blink of an eye to measure infinity… Perhaps fragrance would be a more fitting term to speak of that residue left to linger as the sweetness of one’s own Being, as the heart pierced open to universal Love. The way the teaching unfolds here is comparable to the sight of the hills covered in saffron crocuses, opened to the rays of the rising sun, in the highlands of Pamir-Alay, like the mountain streams cascading down to form the flow of a majestic river…” 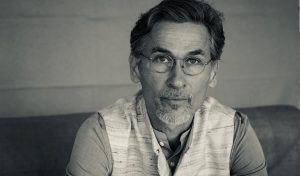 Whether the passage is meant to conceal the nature of the work behind its poetic metaphor, it’s an invitation to partake directly in the offering, and as with all invitations a degree of expectation is understandable. By now many are aware that not only breakthroughs but real awakenings have become a common-place feature in Igor’s immersions. There is this anticipation along with expectation amongst newcomers to be transported from the state of dormancy towards greater aliveness at every program.  With the scene of newcomers popping out on a regular basis, with the old-timers going deeper in their processes, these workshops are often compared to a cauldron accelerator. With the activation of Consciousness and the increased pranic flow through the entire system of pathways of energy, the whole range of spontaneous yogic processes (kriyas) is clearly on display: from shaking and trembling, swaying and jumping, hopping and contorting, or becoming completely immovable like a rock, to choreography-like movements, as if from a classical Indian dance, with hands locked in perfect mudras and faces grimacing to a fitting mode. The whole gamut of internal and external manifestations is experienced, described in the texts as involuntary asanas, pranayamas, mudras, bandhas and glossolalia. As Igor puts it: “The high drama of life is reenacted here with the sole purpose of freeing the system of anything that inhibits it from the joy of being alive.”

With all these being mentioned, perhaps the most unusual (if not least understood) remains to be the phenomenon of involuntary vocalizations, which have been a constant accompaniment of all these programs since certain methodological aspects were introduced by Igor back in the Autumn of 2014. Whilst most of these neurophysiological movements – spoken of as involuntary kriyas – are a sign of a deeper purification of the nervous system, some of them are too extraordinary to give it to rational explanation. When the instrument of the body has been tuned, something else begins to happen at these programs that is seldom spoken about: those spontaneous vocalizations, harmonizations and over-toning arise during the meditation sessions. It happens at every single immersion. As the field becomes more and more magnified, the electrified force that moves through it becomes palpable. It’s as if the sound emanates from the depth of the field as an awe-inspiring manifestation of all-pervasive energy to find its expression through the vocal cords of the gatherers as a nameless symphony. At a certain point, we started to build our own archive of these sounds collected at longer programs (here are a couple of samples available on the YouTube channel: Song of the Devi and Spontaneous Choir of the Holy Spirit). It is not easy to find literature or resources that speak comprehensively about these vocalizations.  We know almost nothing about this phenomenon, although parallels are drawn between these vocalizations and the harmonic tones of the occult passages of the Pythagoreans, or those of certain monastic (mostly Christian) orders throughout more recent history.

At times – especially when a degree of coherence is being reached in a group – many participants tap into a certain underlying but prevalent melody in different harmonies, as if orchestrated by an invisible force. This process of being immersed in the “Body of the Goddess”, also described as samavesha in Tantric scriptures, has been addressed by Igor in many previous immersions. In deep states of meditative trance, the sadhaka is being re-claimed by the power of creative intelligence in its various archetypal forces (shaktis), which expresses itself through the vessel of human physiology. According to Tantra, this process of samavesha brings about the full transformation of human Consciousness. One’s spiritual practice is no longer carried by any individual efforts, through any altered states of Consciousness or repeated exposure to meditative absorption (samadhi). It is carried at all times by the fully awakened power of Self-awareness, spoken of in Tantric lore as Para-Shakti. It fulfills the process on the account of shaktipat, the transmission of spiritual force, often facilitated by an accomplished teacher (adept) to successfully carry this process through. This is the greatest of all blessings – being guided by Grace in the most natural and spontaneous manner.

It wasn’t different this time around, as we had just come out of yet another immersion in Freiburg, where Igor and his Flowing Wakefulness Fellowship have been holding regular events since Spring 2017. The format of the latest program, a full three-day meditation immersion, was held at IAK Forum International, a great venue complex nestled at the foot of the Black Forest, often referred to as the German Tuscany. It was deep and powerful right from the first sitting, as waves of energetic resonance went through the room – the norm for these kind of workshops – further facilitated by the group, comprised mostly of returning participants, with their uniquely unfolding processes fully underway. People came from seven different countries, with the majority being locals, most of them part of the fast-growing Flowing Wakefulness Sangha of the Upper Rhine Valley. 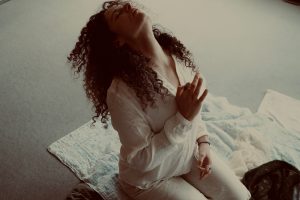 Even though the activation of the energetic field is how this work is mostly referred to by others, at this particular immersion, Igor brought back the supremacy of understanding, reminding participants that understanding and experience go hand-in-hand and are inseparable parts of the unification process. We were given insights into the philosophical schools of India, and Igor further deepened our understanding of the differences in the spiritual approaches of Yoga, Advaita Vedanta, and Tantra. We learned why the philosophy of Kashmiri Shaiva Tantra is so poignant in our times, and what makes it so unique. With its applicable methodologies and down-to-earth doctrines, it offers the most comprehensive, and perhaps the most refined, viewpoint of any monistic philosophy that encompasses the entire reality. In Tantra, the World is real. Perception becomes the doorway into the matrix of creation. The human body is not regarded as some kind of nuisance, but as the very instrumentality of Consciousness. “The body is an expression of all the laws of nature and is equipped with the most refined instrument of the nervous system on which Shiva [Awareness]  plays its favorite tunes – literally,” – as Igor likes to put it.

The programs offered by Igor are named “meditation immersions,” as the real breakthroughs take place in that space where the field is expanded and everything quickens – everything becomes possible. At longer immersions, it feels as if the fabric of space and time is somewhat altered into another dimension. These meditations are very different from the usual silent retreats known to even the most savvy spiritual seekers; in fact, this is what often causes a certain discontent or disorientation to newcomers. Paradoxically however – and this has been testified to again and again – the deepest level of silence is accessed precisely when going through that exposure to the symphonic sound of orchestrated chaos. The degree of that inner peace accessible in these meditations is unique, and hopefully will be studied by the scientific community, but it has to be experienced to be fully appreciated. Yet breakthroughs happen not only in meditations, but also in personal interactions with the teacher. We had the chance to witness how Igor compassionately cut through the crux of the matter to center students in the light of their own awareness. It is so powerful when there is nothing to lean on – when we realize that everything we experience is in relation to our own Self, and nothing else. 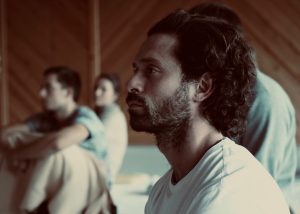 With all that is shared above, it’s virtually impossible to pinpoint the nature, let alone the essence, of this work; and believe us, we’ve tried it ourselves, on more than on this occasion. Who knows, perhaps the words of that 19th century art critic, John Ruskin, are a telling example, a compliment in disguise, of the indescribable nature of this work that has all the components of a timeless wisdom for our age, when no one knows what to call it. The question, “How to describe this work to others?” remains an open invitation. The answer, of course, is contained within, and as with all truly non-dual teachings, the real purpose of the work is to realize that there is no other…

For more infos on upcoming immersions with Igor visit: https://www.igorkufayev.com/events