Reflections Close to the Teacher‘s Home
Prev Next
Search

Reflections Close to the Teacher’s Home

What does it feel like to be in a marriage with a spiritual teacher? Well, I have many opportunities to learn and observe over the years beside my partner and beloved Igor Vamadeva. As his student, here are some important lessons I’ve learned which I would love to express and to reflect on what the teacher-student relationship looks like from a close up perspective. When a student doesn’t have the understanding that meditation will reveal the hidden root psychological aspect which has been repressed within – and how the limitations could play tricks with the mind – it is their duty to reach out to the teacher, as they have entrusted Igor with this job of guiding them through the process. Yet what I have seen again and again is that when a student reaches their limitations, they often blame the teacher or lash out with a personal vendetta, rather than giving themselves to a process of uncompromising introspection. In the worst cases, it seems that the greater the personal love was, the greater is the hate or grudge. 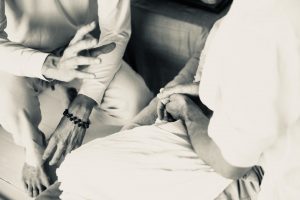 Thus, we’ve just learned that Igor’s two interviews on Buddha at the Gas Pump  have been taken down by Rick Archer, in response to an accusatory letter from a former student or students. This student/s, who had left or was asked to distance themself from the sangha for a period of 2 years, had failed to realize the aspects of unconscious patternings behind their behavior. Yet we have not been given any details as to what the letter pertains to, other than this person felt that Igor “expressed gravely troubling behavior.” What’s disheartening is that Rick has not reached out to hear Igor’s side of the story. It looks like Rick has failed to take into account the number of testimonials and endorsements by attendees and students of Igor’s work over the years who have benefited from this work. These kinds of disproportionate measures, of taking down both interviews because of an accusatory letter from a complaining former student, are deeply troubling. It appears that Rick Archer is rewarding the “victim” mentality which is an impairment to real transformation, instead of assisting spiritual teacher-student relationship. Rick has rendered that [relationship] useless due to his own lack of real understanding and instead assisted the student in being lost in illusion, irresponsibility, and unaccountability for their reactionary responses.

There is not a day that goes by that I don’t see the complexity of Igor’s role in working with others. What I’ve observed on many occasions is how among those who felt drawn to this work – and some who have been eager to come very close into our lives, into our home – that not everyone is ready to face what is involved in being in such proximity with the teacher. And Igor has always been a very accessible teacher, yet I hope he has learned a bitter lesson and is now becoming more discerning when it comes to students eager to be close to him – and as a result, close to our family life. That is what I want to speak to now so as to drop deeply into that place of being seen by truth. 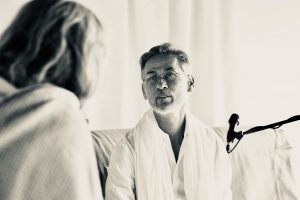 To have one’s heart broken open to dismantle the ego and rebuild a healthier, more whole version of oneself is not an overnight process. And this only occurs with students who really come close and are ready for the next level of surrender; they will be invited into deeper aspects of the teaching. The next level of work, more than anything, is to expose where we hide in order not to be seen as anything other than perfect, to drop more deeply into becoming heart-centered and receptive, and to not be afraid of one’s vulnerability. As a culture we pull back immediately when we feel the reservoir of shame and guilt which lies within us as soon as it is touched upon. Yet this is an inevitable part of spiritual practice once we get past the notion that meditation is just to “feel good.” In the spiritual work, other more destructive tendencies will be revealed, and one is being called to look into and deal with these blockages.

People gravitate to Vamadeva for various reasons. Some come for healing old wounds; others to improve their self-esteem; others for awakening and to reach the goal of realizing the Self; others to deepen in consciousness; to enliven inner wisdom; to be touched by grace; or for the heart-opening experiences. Some don’t even know why they are here, but they want to come close. Some have left on the first day after deciding that “this is not what I want my awakening to look like.”  But they all have come because on an intuitive level, many know that this work is powerful and filled with grace. And on the path, one must be willing to encounter both creative and destructive forces that lie outside of our everyday awareness. If one bypasses these aspects, then surely this may not be an integral awakening. One is bound to be confronted with limitations, old patterns, old traumas, and projections, which at times feel impossible to overcome; and one would feel one no longer knows anymore who one is, or what one is meant to be doing. This confusion is often difficult to bear and is the main purpose Igor chose to have a Sangha to be that container. So that that what is difficult for many outside in the World, such as surrendering to the process and the guidance, is something that can be understood in a focused group, and a specially created environment. What is created by Vamadeva is a sacred space in which true growth and transformation can take place – I don’t know how many places exist out there where one can feel ‘at home’ in doing this work right now, as our current culture is not up to speed with awakening let alone supported in our current consumer-based society. Unfortunately, often those who come with hidden agendas or a lack of clarity about their real incentives to approach the teacher – when encountering not what they’ve expected in their projections – some of these individuals are tempted to corrupt that sacred space by sabotaging their own process, and in some cases, this work along with it. 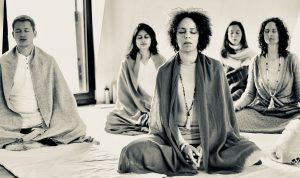 This is when the freeze-fight-or-flight behavior pattern kicks-in and the old patterns arm themselves with defenses and take the stand supported by collectively shared vasanas (psychic impressions). One denies and acts in the most unpredictable way, defaulting to “being a victim of authority” represented by the archetypal figure of the teacher. There is nothing to lean on in this culture other than “I’ve been a victim,” or “this is abuse,” justified by “I know more” or “I know my truth.” This instead needs to be transformed into resting in the trust of the container and the process – what one came there for in the first place. We have seen this cycle happen now at various stages, where what happens is that the person shuts down any communication and, unfortunately, often leaves before the real work has begun.

Igor has said this work is not for the faint-hearted, but often people are looking for the flamingo style fluffy-pink outlook of spirituality. I know better not to speak of a right or wrong way to find the way home. I am just reflecting on my experiences and what I myself have had to go through and work on to evolve, and I can now appreciate the fact that Igor’s embodies this uncompromising directness. But hey! I am the guru’s wife, so I am biased. Of course I have his interest at heart, and yet I have witnessed how this work has positively affected so many others as well – some of whom have dipped their toes into this work only for a very short time, and others just from being exposed to what is available online. From clarity about real spiritual journey, to health matters, to psychological well-being, to spiritual growth, I have seen many examples – 23 pages to date of testimonies – of people benefiting from this work, including those who have now turned against Igor and his work. So, I’m sorry to say this, but Rick Archer has chosen to support the collectively held fears about real spiritual work in favor of the commercial success of his show – a sad but telling example of what has become of the teacher-student relationship. To quote a renowned scholar and authority on Yoga:

“… The typical adolescent adult, on the other side, is programmed to reject authority figures of any kind, because they are felt to limit his or her freedom. This feeling, however, is rooted in a fearful avoidance of responsibility and self-discipline and springs from a fundamental confusion of freedom with unrealistic autonomy, an egocentric “free-for-all.” It is difficult, even impossible, for adolescent adults to be vulnerable. They are bulwarked against anything that is likely to impinge on their emotional life. While they are vaguely in search of themselves, they cannot open up to the influence of others and thus deprive themselves of much wisdom. They are afraid to follow anyone. Instead, they rely on their own instinct, which, given their immature character structure, cannot be expected to be particularly sound…” – Georg Feuerstein, ‘Holy Madness’ 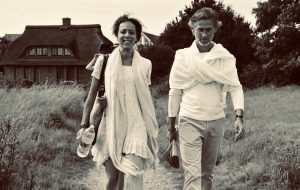 I would go further and urge anyone who has been touched by Igor’s work at any point in time to comment here, to share this message, and Igor’s videos. This is in support of this teaching as both of his interviews on BATGAP have been known for their contribution to some of the least addressed yet very poignant topics of the spiritual journey, delivered with crystal clarity, which has benefited thousands of seekers over the years.

To those wishing to learn more on the complexities of the teacher-student dynamics, this insightful interview with Igor adopted for the Journal and entitled ‘Why would I need a Teacher if I have my Inner Guru’ is a good read. In addition, to share something from the perspective of the teaching, here is the video, ‘Psychological Maturity & the Teacher-Student Relationship:’

Images: All photographs are courtesy of Flowing Wakefulness Foundation.