The River of Existence ~
Birthday Tribute to our Teacher

We are never given for ourself.
It is always for others.

The true gifts in life arrive completely unexpected. They surface in our hearts to answer the longing we might not even know we had. Those gifts shine bright and lighten up unexplored fields of our being. They beckon us to bring to birth something new within us. No matter how thoroughly we try to examine the path of the arrival of those gifts, the mind can never truly unveil their source.

The most precious gift one can receive is given to us in the presence of our Teacher Igor Vamadeva – the gift of grace. Grace is a word that points to the utter spontaneity of the divine power which no categories or concepts could ever capture. Its force is immeasurable and sweeps us off our feet. Grace carries the flavor of compassion for all the paradoxical dimensions of the human experience and suffering. It ignites the spark of love in the human heart. Its arrival is the promise of lush springtime after a long winter. In the presence of grace, Consciousness is transformed. 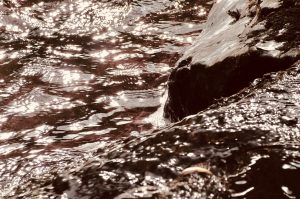 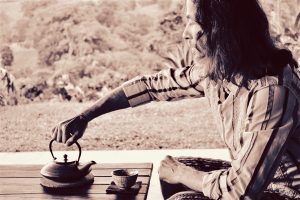 Today is our Teacher’s birthday, and with full hearts we give thanks for his gift of grace and his guidance in our lives! We take a pause to honor Igor’s presence and being, his offerings and tireless service to Consciousness. We also honor the ones who shaped our Teacher into this vessel of grace, and bow to the stream of life force who acted through key figures in his life. We give thanks to Igor’s beloved Mother, the late Inna, who carried our Teacher under her heart, nurtured him and gave him to the world. And we honor the tradition of the Great Masters, HH Maharishi Mahesh Yogi and Brahmananda Saraswati, who blessed and guided Igor’s journey of awakening.

We also give thanks for the liberating knowledge of Igor’s universal teaching with its great healing potency to lead one “from the darkness to the light”. Igor once said that true spiritual knowledge cannot be grasped by the mind – that it is impossible to accumulate it. Its power lies in the ability to incinerate whatever stands in the way of realizing one’s essential nature. Receiving this kind of knowledge is the greatest blessing. It empties ourselves of who we are not. It is the ray of light that illumines and dissolves whatever stands in the way to reclaim true freedom. It is the gift of Grace, streaming from the source of an enlightened heart.

While we gather in spirit to celebrate our Teacher today, we invite the global Sangha to celebrate this special day with us: so, pour yourself a cup of tea, loosen the grip of your belts, lean back, relax and be inspired by a snippet of Igor’s teaching from the archives. It contains jewels of wisdom – rousing us out of slumber so that we acknowledge the river of existence that flows through the riverbed of the human heart…

In love, gratitude and service, 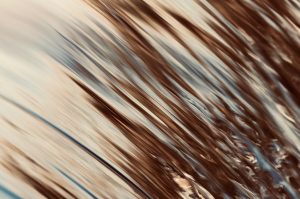 ABC of Spirituality – Two Shores of the River

This nervous system is a marvel of evolution. The human nervous system is that which allows us to experience this — what we call the world of matter, the world of appearance—and simultaneously know ourselves as That, or Pure Awareness. Whether other creatures are equipped with such a nervous system, we do not know. But we know for sure that the human nervous system is. This is why it is the leitmotif of many scriptural storylines in which the human body is that very coveted object where all the different beings of the universe want to reside. There’s a fight going on. Everyone wants to be here in the human body, and everyone is envious because it’s a marvelous place to be. The Olympic gods in ancient Greece were all saying “ahh” over humans. That’s why they couldn’t just sleep and eat that heavenly manna—it’s boring. It’s like porridge every morning with no taste. After a while, it’s “Oh yes, this is heavenly, but let us see what the humans are up to.” This is where the juice of life is. That’s what this human body is all about. 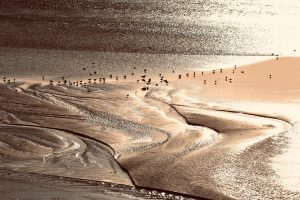 There would be no need of spirituality if there were not these two aspects [silence and dynamism] in need of reconciliation. There would be simply none. Just think for a moment and contemplate that for a moment. There would be no spirituality whatsoever, if there was no need for reconciliation between the two banks of the river of existence. If it was already given, then the spiritual quest would be an oxymoron. And some teachers go so far as to say that it is indeed an oxymoron.  But let’s go into it, and try to find out whether it is an oxymoron—an apparent contradiction—or, instead, it is a matter of fact of our existence. The answer is very simple. Just look into your heart and ask yourself if you live in Bliss-Consciousness on a daily basis, 24/7. And if you don’t, then humbly accept the fact that there must be some kind of rupture in that river of life. Because when these two banks of the river are being recognized completely, flowing through the very veins of your existence, then there is no possibility of being out of that state of bliss, of that state of Being and Consciousness expressing Itself as this living, embodied individual.

All this spirituality, all these metaphors—direct, indirect, most direct, the most direct paths, around-the-block paths—it’s all about crossing that river. This is why the metaphor: crossing the river. It’s literally crossing to the other shore. And the other shore is that silent aspect. Understand from the very start—and I would say half-way through and near the very end—that it’s all about that: reconciliation and recognition that the river of existence has these two sides.  And if our awareness has been washed ashore on only one side, then obviously, our life can no longer be lived in harmony. Because by whatever energies, by whatever peculiarities, by whatever paradoxes, though the river of existence already flows between these banks, unless there is a reconciliation and direct crossing back and forth at least once—touching one side and the other… oh yes, now I know, that’s the silent side… and then you cross… okay, that’s the dynamic side—you can never fully be in the flow, in the flow of life itself. Because one way or the other, in the many currents and undercurrents, you’ll be washed aside. And if you are washed on the side of the river of only these sounds of various kinds and dynamic expressions—no matter how wonderful they are—sooner or later that one-sidedness of life will let itself be known. Hence, the beginning of spirituality; hence, we embark on the path. And from thereon, the crossings begin. First we try to take a few strokes here and there. Oops, actually it’s not that easy. Oh, almost made it. Next turn of the river, washed on the side. Which one is that? Oops. Back to the dynamic side, back to the noise of mundane reality. Another attempt—build a boat, a raft, whatever, something to cross. These are all these different methodologies, different teachers and teachings.  So this is what I wanted to mention—these two aspects: the Pure Silence, the Absolute Silence, and the dynamic aspect of the Self, which is inherently our own. 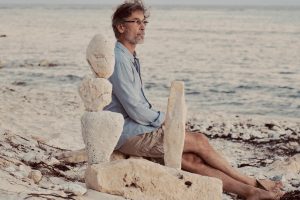 There is no One without two. If you understand that alone, it’s a big leap in understanding. Because people talk a lot about Oneness, Oneness, Oneness. “There’s only One without the second,” nonduality, advaita, and so on. However, if there is One, there will always be two. Because One cannot exist in reference to Itself unless the two comes into the picture to tell the One about its Oneness. So this silence and this dynamism, literally, are the archetypally masculine and feminine principles of the Source and its Energy.

These paradoxical poles of opposites are always One and always two, and that’s where the dance of this whole universe is. This is where the dance of existence itself is, where the world becomes that stage. Hence, silence and dynamism. What is important to realize here—if you want to take it to the next level—is that silence is not just silence and dynamism is not just dynamism. That is where the beauty comes. That is where the integrity of this whole thing is. Silence is also infinitely dynamic, and dynamism is infinitely silent. Hence, the spiritual practice. Hence, this whole path. It is infusing one with the other. There is this infusing up until there is a rupture, on whatever level. Say there is a gross, most primitive rupture… beings who have no idea about silence live in a nightmare of constant noise. But this begins to be bridged when there’s more silence introduced, more opportunity to simply hear that silence. 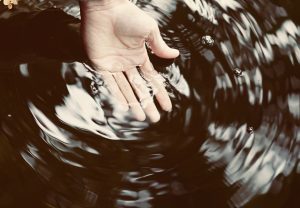 When we’re not given an opportunity to dive, to hear that silence, then that’s what I call being washed ashore on that side of existence, where we forget that it’s actually one river of existence. It is contained; it is one river. But it will have two banks of existence. Though from the horizontal plane, they appear to stand in opposition to each other, it’s one river. On the horizontal plane, it’s like I’m sitting at this shore and beholding another shore. On the horizontal plane, there are two shores. But from the vertical perspective—from the perspective of the Spirit Itself, from the perspective of Awareness, there is only Unity. This is really the leitmotif of all spiritual practices, unfoldments and risings. This is, if you will, the very science of union itself. Yoga is a science of union. People say “yoga” and it means so many different things today to so many people. It’s confusing. Even when you start making sense out of it all— “Okay, now I understand what yoga means”—then you start reading some more advanced literature and more confusion arises. You read, for example, “This great saint talks about yogis with a kind of contempt and critical disapproval.”

If we apply a proper understanding of the very origin of the Sanskrit term yoga, we see that it essentially is that: yoga is the science of union. And all yoga deals with that, literally. It deals with bridging the poles of opposites. Literally, yoga is the union with the disunion. So silence and dynamism—the silent aspect of life and dynamic aspect of life—need to be brought into that coherent union on the direct level, on the plane of this existence within this very living embodied being. It is not enough just to have a very clear understanding about it. It is, indeed, very good to have a very clear understanding because it aligns the thought patterns towards that [coherent unity]. There could be flashes of intuition, or momentarily a sudden click. On that mental, intellectual level, there would be this clearer picture. But that’s not enough, and we all know that. It has to take our whole being, entirely and utterly. 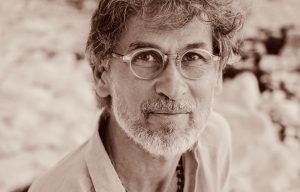